Outstanding Students of Banking Academy Granted with Scholarships by VIB

On 13 September 2012, at the opening ceremony of academic course, 2012 – 2016, for new students held by the Academy of Banking, scholarships valued at 120 million dong were granted to the school’s outstanding students by VIB. 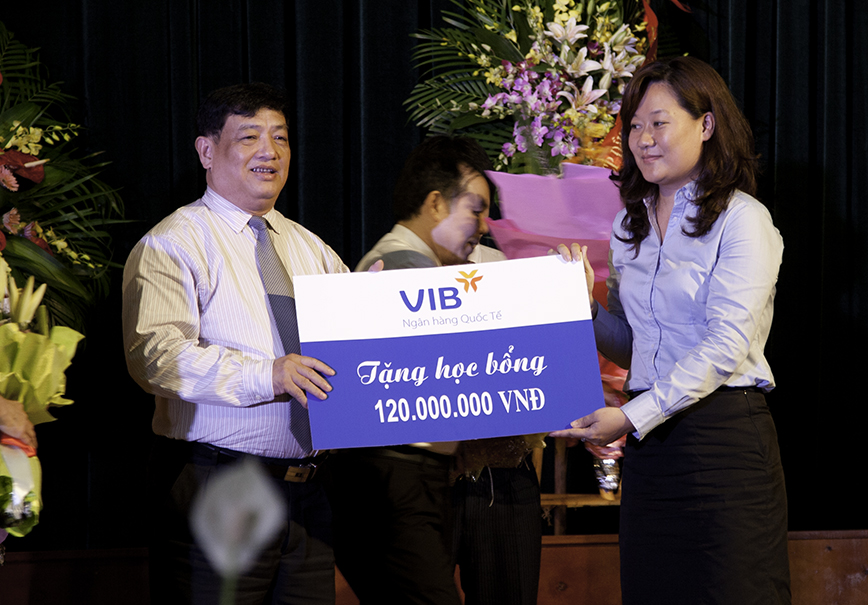 On behalf of VIB, Ms. Nguyen Thi Huong Giang grants scholarships to the Academy of Banking

The event was attended by Mr. Nguyen Toan Thang - Deputy Governor, and other department managers and vice managers of the State Bank of Vietnam, leaders of large banks, the school’s students and teachers, and Ms. Nguyen Thi Huong Giang – head of Marketing and Communications of VIB. President of the school received the scholarships on behalf of the outstanding students.

Accordingly, 30 scholarships worth 120 million dong will be granted to 30 outstanding third and fourth year students of the school. This activity is part of a cooperation agreement signed by VIB and the Academy of Banking in 2011. Apart from scholarships granted to outstanding students, annually VIB also cooperates with the school in terms of training, recruitment, and scientific research. These activities not only help to train human resources being outstanding students for VIB but also assist the academy in training and introducing jobs to its students.

By focusing on supporting educational development activities, over the past years, VIB have financed and cooperated with many big universities in the country to encourage development of quality human resources and create jobs for graduates.