Vietnam International Bank (VIB) has recently been as an exclusive sponsor for the 2011 future bankers program held by the Academy of Banking (AoB). This is the 2nd consecutive year VIB has exclusively sponsored the program with the view to strengthening the cooperation with AoB in terms of training and recruitment, and creating a useful, attractive playing field for the school’s students to apply the knowledge learned at class. The “future bankers” program is annually held for the school’s students to enable them to practise their banking and financial knowledge and related skills. 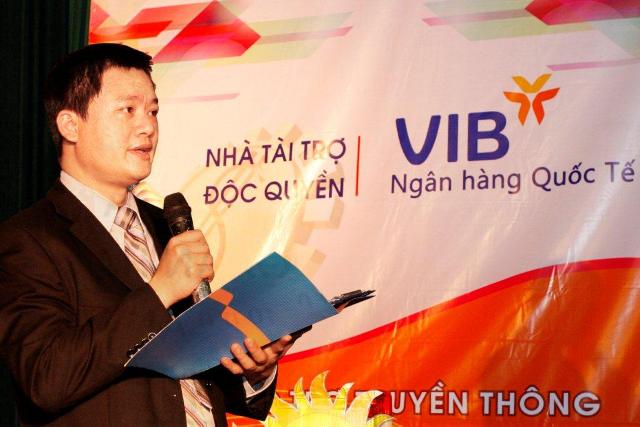 Mr. Le Quang Trung - Deputy CEO and Head of Treasury of VIB delivering a speech at the event

On the final night, 12th October 2011, Mr. Le Quang Trung – Deputy Chief Executive Officer and Head of Treasury of VIB represented the bank to deliver a speech and congratulate the competition teams. This is one of VIB’s education sponsoring activities, expressing the bank’s commitment to always accompany with and work towards the community.